Milk has a problem. It’s everywhere and nowhere at the same time. 95% of American households drink it, but that number is decreasing. Universal presence. But no passion. Because times have changed. There is intense new competition. And customers have new habits. Celebrities with milk mustaches are no longer the answer. Milk must learn to compete in a world where it's no longer a necessity but a choice.

Milk has been fueling athletes for thousands of years. Supported by that truth, we went after a new enemy – sports drinks. Fundamentally, Milk is a performance beverage – it has more protein, calcium, potassium, and vitamins A, D and B12, and builds stronger muscles than its competitors. Our goal was to show that in order to compete at the highest level, ”You’re Gonna Need Milk for That.”

To pack a punch, we built a team of amazing athletes with a genuine Milk connection.  Ahead of the Olympics, this included awesome skateboarder Maurio McCoy, softball legend Cat Osterman, karate champ Ariel Torres, and Hannah Roberts, the BMX freestyler who knows no limits, showcasing how they fuel up on Milk. 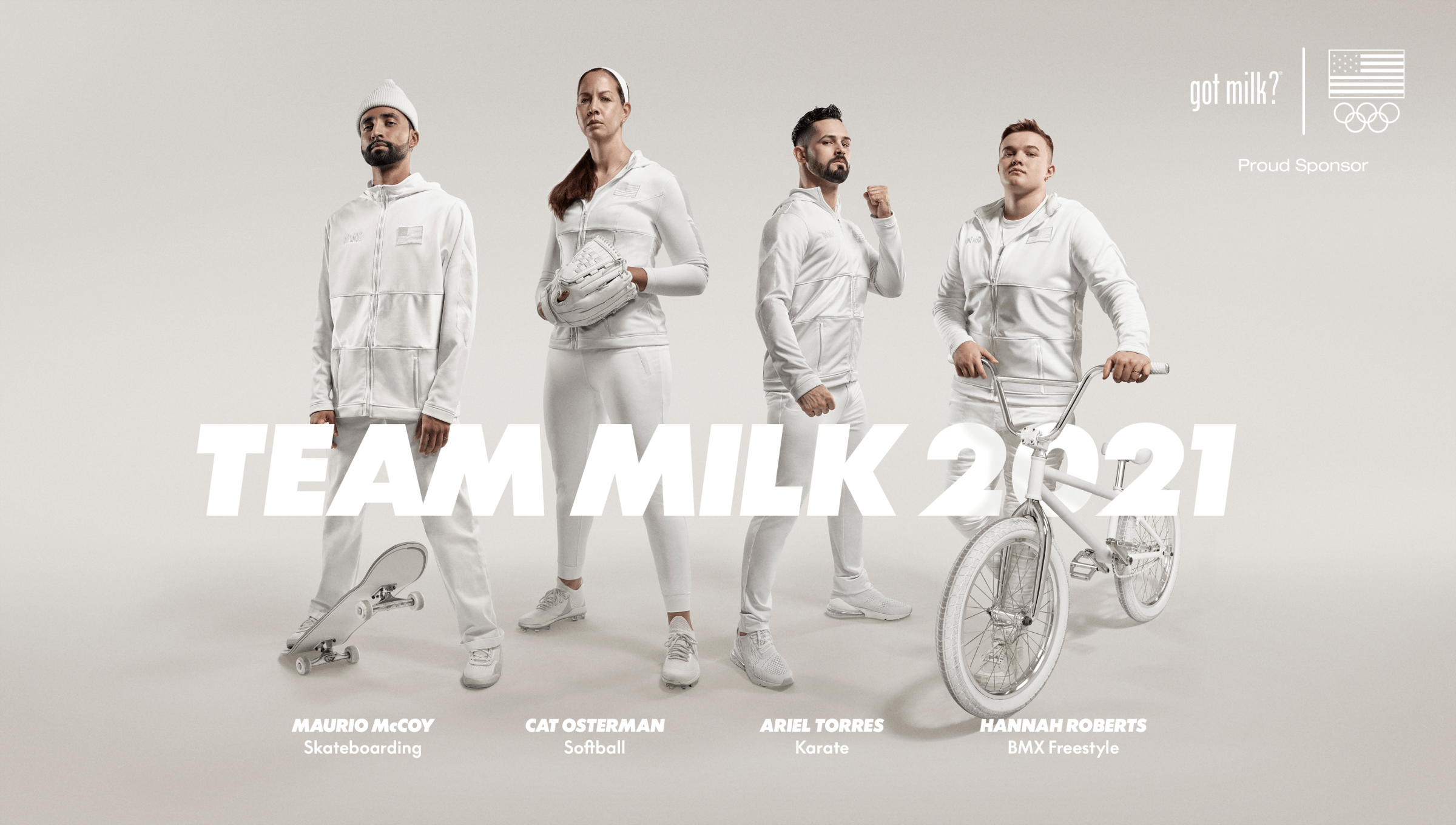 Prove It Through Remarkable Demonstration

To be credible we needed to do more than talk. So we took Milk to the top of a 30-foot wall atop a 30-story building. Thus, The Wall was created – a social film featuring pro climber Kai Lightner, shot by Oscar-winning film director, pro mountaineer and photographer Jimmy Chin, highlighting how Milk can help athletes do incredible things. 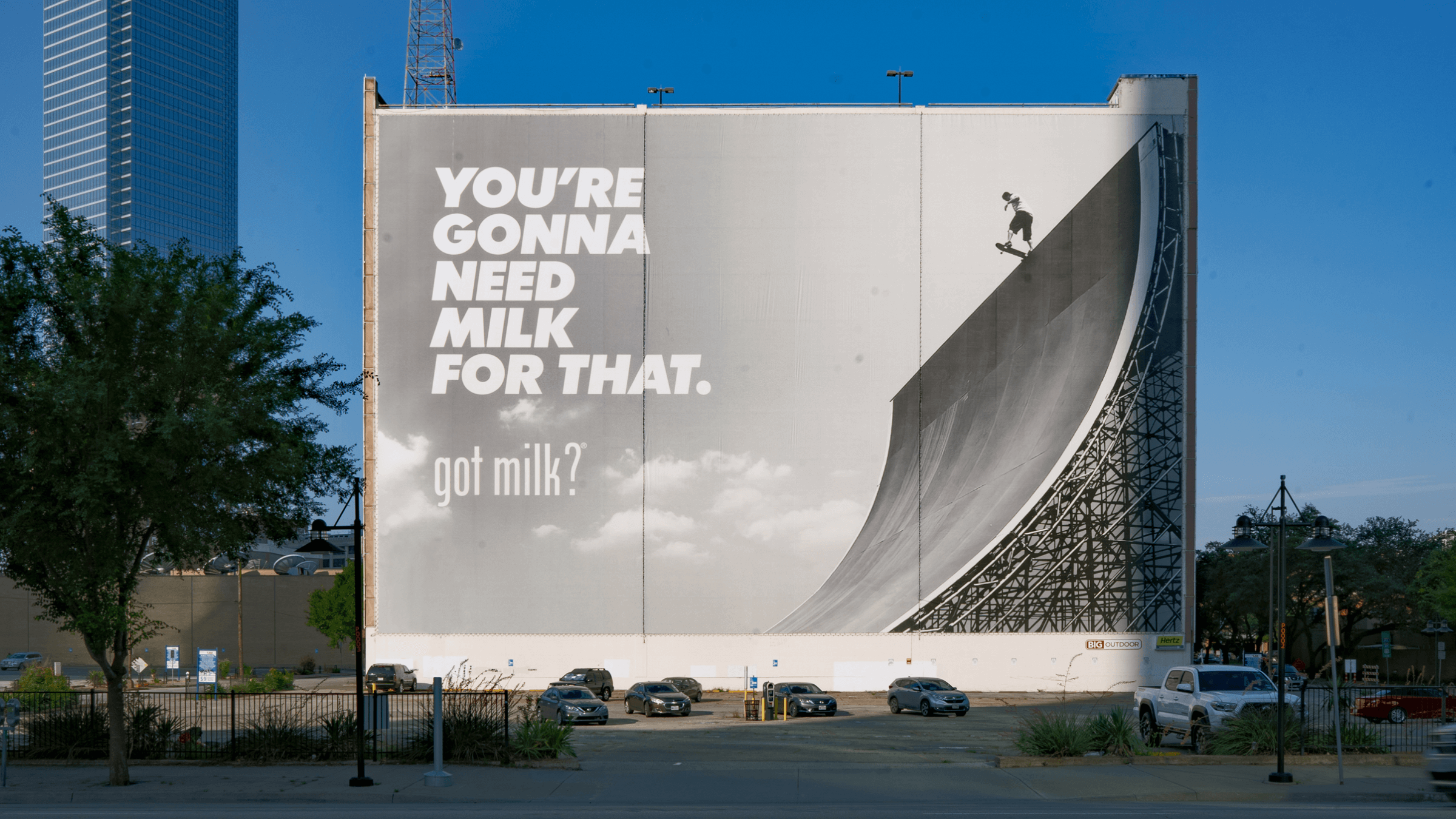 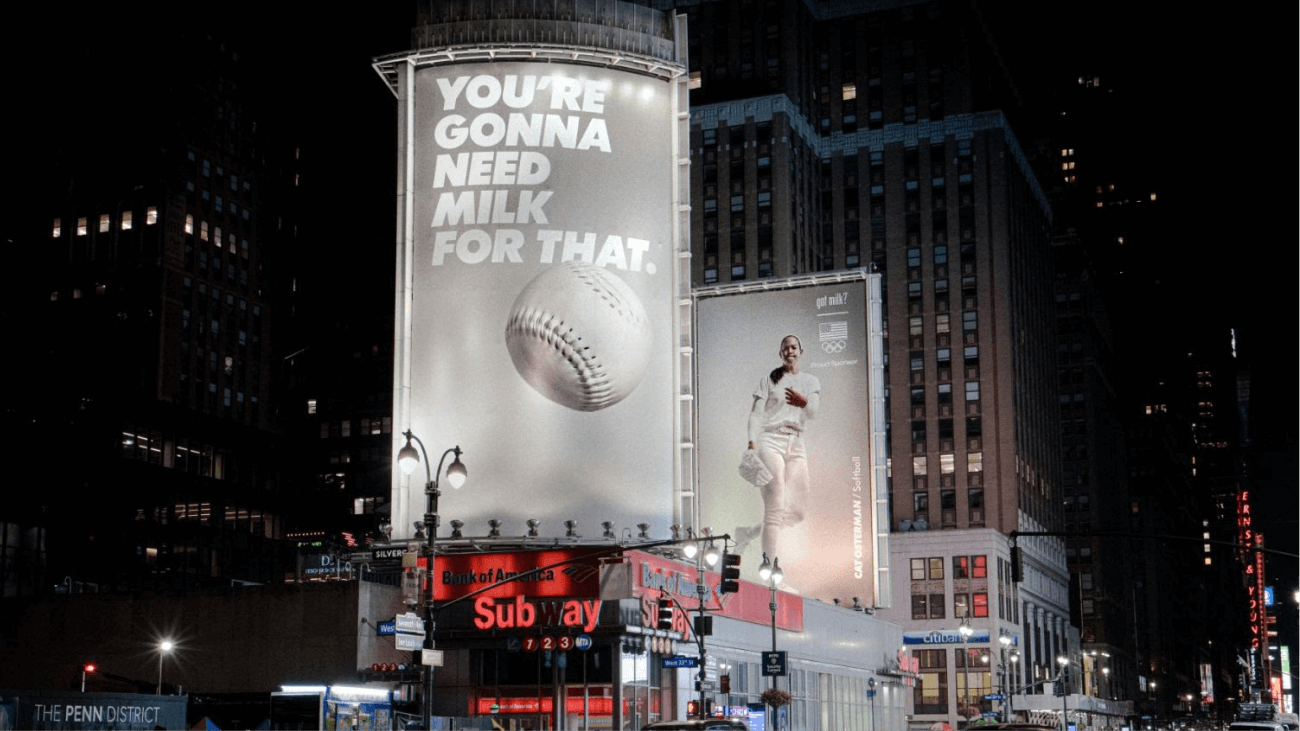 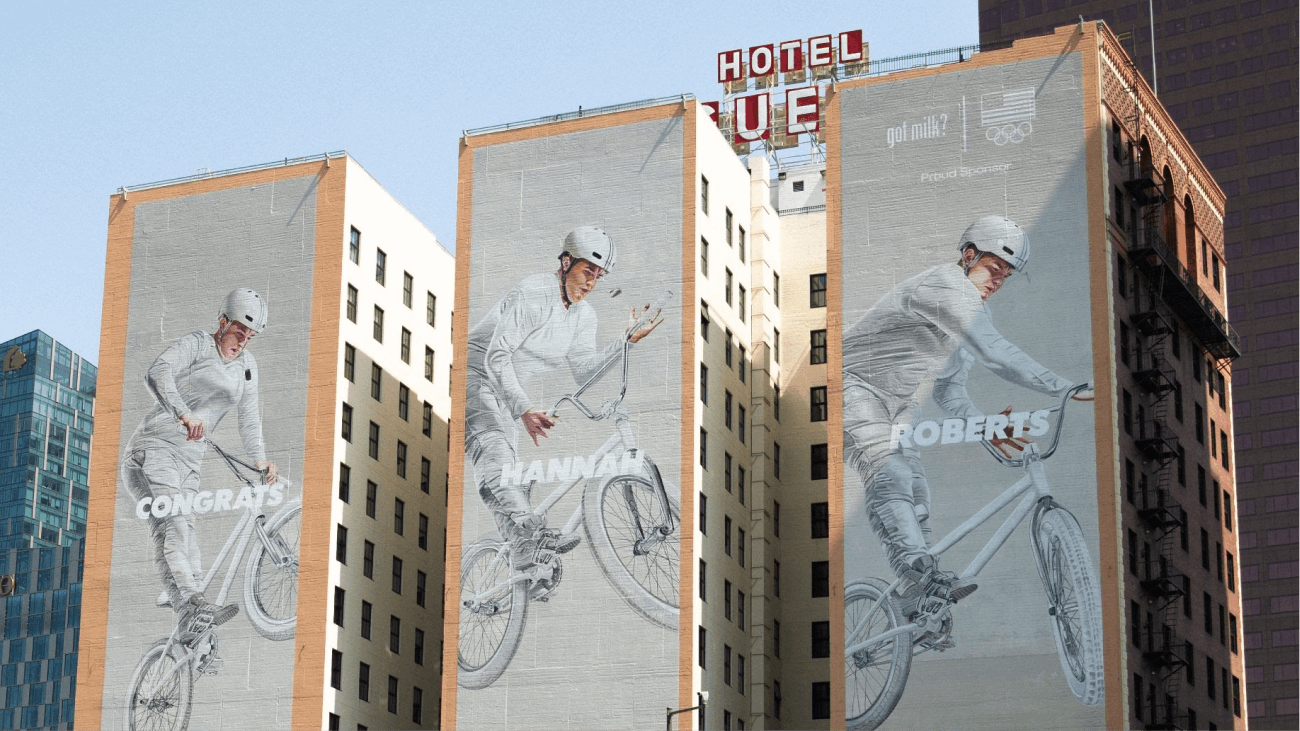 Winning with Tweens and Teens

We partnered with Whistle Sports and Spice Adams to create a content series about new Olympic sports and emerging athletes. We then tackled TikTok with sports influencers like Roland Pollard and Paralympian Jessica Long with the #HoldMyMilk Challenge, created an original game in Roblox with Super Awesome, and partnered with Snap to create custom filters.

At the end of the day, the goal was to change shopping behavior. To do that we needed to change the perception of the dairy aisle. So, we created a real-life training gym behind a supermarket dairy aisle for Olympians Kristin Armstrong and Ariel Torres. As shoppers reached for the Milk, we captured their reactions on hidden camera, sharing them across our channels. 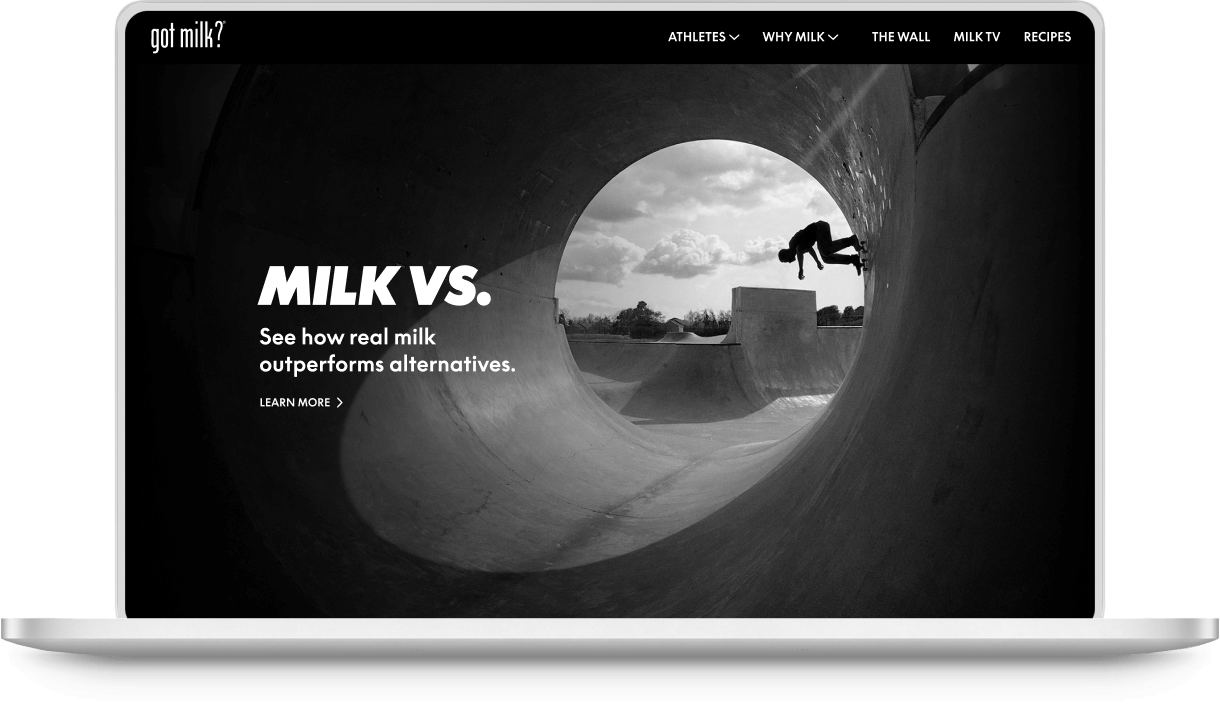